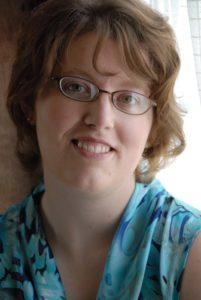 Shelly Chalmers’ favorite first book was Cinderella, so once she could form letters, naturally she turned to romance where everyone "loved" each other—though mostly because she didn't yet know how to spell "like."  Since then, she’s earned her bachelor’s degree in English and French, but never lost her love of romances and happily-ever-afters. She was an RWA Golden Heart® finalist in 2014, and her first published series features a humorous look at the four horsewomen of the apocalypse. Her stories run the gamut from Regency shifters to space opera, but all include a touch of magic, a sense of humor, and a dab of geek. She makes her home in Western Canada, where when not writing, reading, or crafting, she wrangles a husband, two daughters, and two nutball cats. You can find her at shellychalmers.com