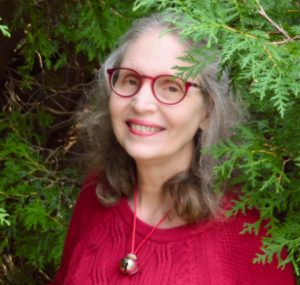 After trouping the country in the 70s managing tours for choreographer Agnes de Mille, The National Theatre of Great Britain’s all-male 'As You Like It', David Suchet (prior to Poirot) in The Royal Shakespeare's 'Hollow Crown', and the first Black Broadway production of 'Guys and Dolls', Maren changed careers, much to everyone’s surprise, to study for the ministry at Union Theological Seminary in New York City. Ordained in the United Church of Christ, she served as bi-vocational pastor to seven Massachusetts and New Hampshire churches, while simultaneously publishing twenty books, mostly non-fiction with The Pilgrim Press.

A former Poet Laureate of Portsmouth, NH, and LAMDA Prize nominee, she currently facilitates programs for the NH  humanities Council with recent immigrants and people with cognitive disabilities, and leads poetry and memoir workshops in prisons, recovery and survivor groups, churches and synagogues, and provides justice-based content for activist groups. She blogs on wordpress as Gifts in Open Hands.

Maren loves beagles, quilting, sci-fi and fantasy conventions, and story-telling via Skype to her grandsons three thousand miles away.